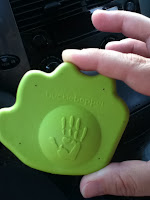 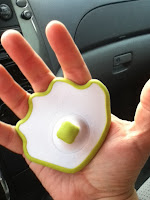 I love the Buckle Bopper and have added it to my tech bag to show to parents at private seat checks. I really think this will help a lot of caregivers!
Posted by CarseatNanny at 6:38 PM

I bet this would come in handy if you had artificial nails on!